The entire IWKA Taiji program is based on research and studies obtained by Sifu Sergio Pascal Iadarola around the world through Yang Taijiquan studies in Shanghai, Taipei, Auckland, and Vancouver, and is based on three Yang styles, Huang Shen Shyan, Tam Maanyin, Tam Maanyin, and Tian Zhaolin. we have called this unique IWKA TAIJI curriculum Three Yang Taijiquan Pillars… it is, in our opinion, one of the most comprehensive and authentic Yang style transmissions. Sifu Sergio Pascal Iadarola trained a lot with many masters from the Huang Sheng Shyan family and with Tian Bing Yuan’s grandson Tian Zhaolin (Tian Zhaolin’s son was adopted and Yang Shao Hou’s brother and training partner) Tian Zhaolin’s family is probably the only one next Hou line, which maintains the entire authentic Yang Taijiquan curriculum, and in 2015 Sifu Sergio received a Tian Bing Yuan certificate stating that he had completed the entire unarmed Tian Zhaolin / Yang Shao Hou system. In recent years, he also studied with Tam Maanyin (Sam Tam), learning his unique Yang Taiji system. 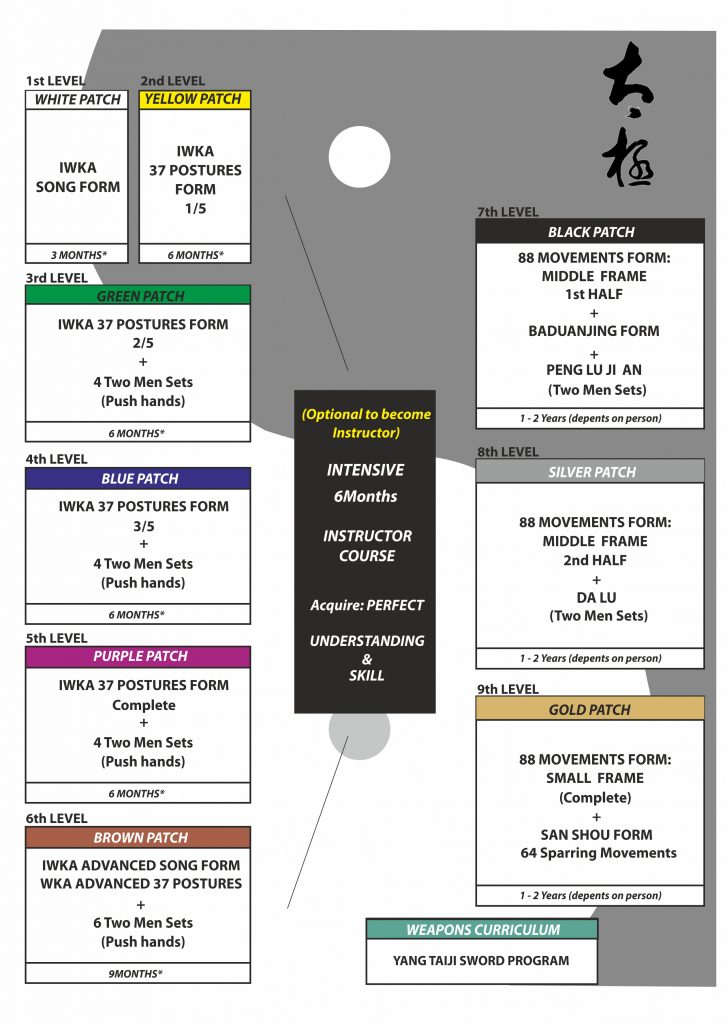 IWKA Taiji is a profound result of study and research in the Yang style of the Taiji discipline.

The curriculum is divided into nine levels of study and practice. We begin by studying the Huang Taiji system (GM Huang Shen Shyan) and move on to the ancient traditional Yang.

Deep concept and inner practice are now recognized as one of the best disciplines in health, but in ancient times it was one of the deadliest martial arts: the “Supreme Fist”. 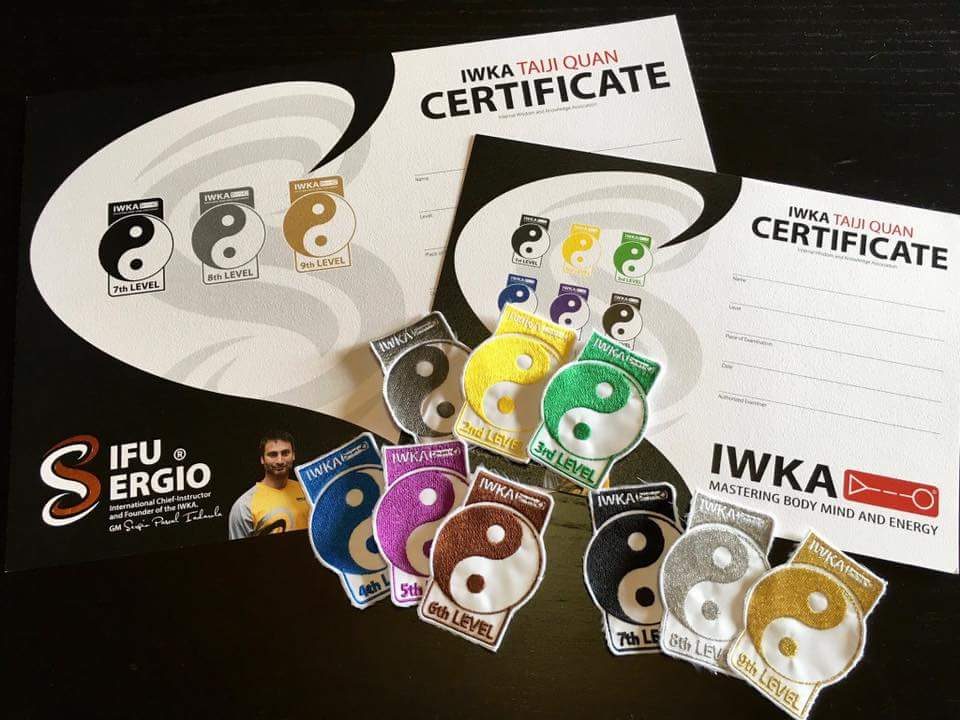